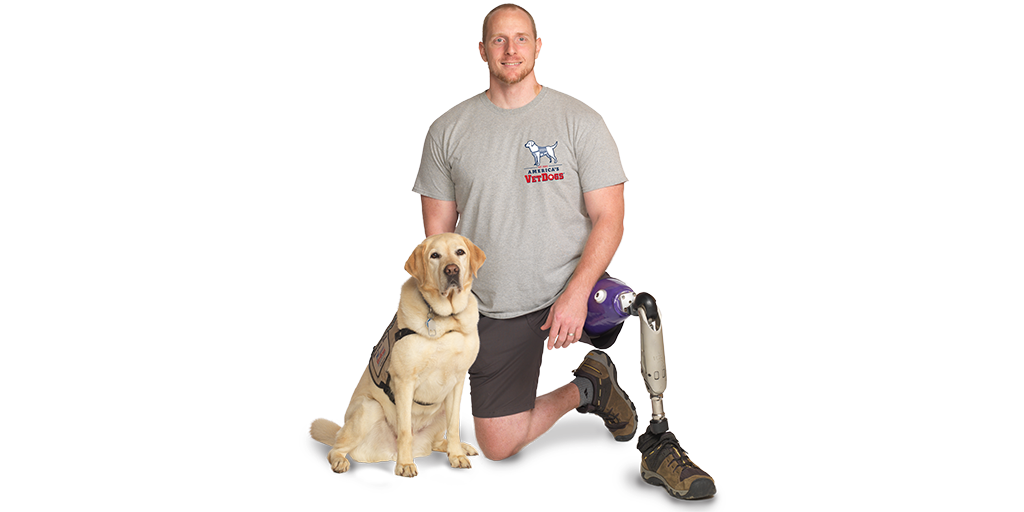 Heroes come in all shapes and sizes. Some even come with fur and four legs.

Dogs have a long history of not only serving in the military, but also providing assistance to veterans readjusting to civilian life. In this story, we honor U.S. Navy Veteran Joe and the two service dogs who supported him after Joe served his country.

Joe Worley was a U.S. Navy medic attached to a Marine unit deployed to Iraq in 2004, when the first vehicle in his medical convoy hit an IED. As Joe left his vehicle to help his fellow servicemen, Joe was also hit by an IED. Joe was medevaced to Germany, where he was stabilized before being returned to the United States for treatment.

As a result of his injuries, Joe lost his left leg above the knee, and was later fitted with a prosthetic leg. He also suffered severe damage to his right leg and ankle.

While recovering at Walter Reed Medical Center, Joe heard about America’s VetDogs and the programs they offer to military veterans and their families. The organization’s mission is “to help those who have served our country honorably live with dignity and independence.” To do that, America's VetDogs trains and places service dogs with veterans facing a host of post-war challenges, from blindness to PTSD and other physical disabilities. And they do it all at no charge.

When Joe was released from rehab at Walter Reed, he and his family tried to return to life as usual in Georgia. But it was hardly a return to normal.

“You’re going from who you’ve been for 24 years – the person who has always helped others – into this new person who needed help,” says Joe. “It was very difficult for me to learn to accept help.”

Perhaps the fact that he would be receiving support from a well-trained, furry, four-legged friend made it a bit easier. Because when Joe was invited to attend a service dog class, he accepted the help.

In 2008, America's VetDogs teamed Joe with a Golden Retriever named Benjamin. Joe and Benjamin trained together in the first on-campus service dog class at America’s VetDogs HQ in Smithtown, NY. Benjamin was specifically trained to help Joe with balance, stability, and retrieval, and after training, the two headed back home to Georgia.

As Joe reflected on those first days with Benjamin, he said, “I was really surprised. I knew there would be changes but one of the biggest things that helped me out was the workload that he pulled off my family.”

But while Benjamin took on some of the work from Joe’s family, he also motivated Joe to work harder on recovery. No more could he remain inactive. Benjamin forced Joe to keep a schedule and to move beyond his comfort zone. Working with a new prosthetist, Joe learned how to really walk again with a different prosthetic leg. Benjamin was there to provide Joe with the balance and stability when needed.

Joe and Benjamin quickly became two of the most popular representatives for America’s VetDogs, and in 2015, Joe joined the America's VetDogs staff as the veterans relations liaison.

Made with real chicken, America’s VetDogs tasty treats are specially formulated to help keep your dog’s skin and coat soft and shiny. With each purchase, a portion of that sale is donated to the America’s VetDogs organization supporting the cost of training and providing service dogs to America’s heroes.

Want to learn more about how dogs make a difference in our lives (and how we can support our best friends)? Sign up for the Best Friends Club today to receive special articles and discounts on Bil-Jac products each month. 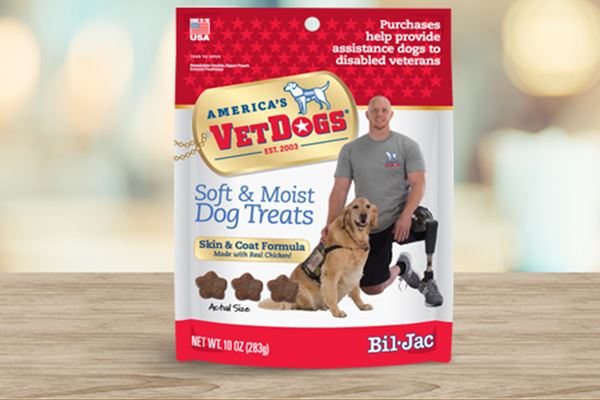 Specially formulated to help keep your dog's skin and coat, soft and shiny. 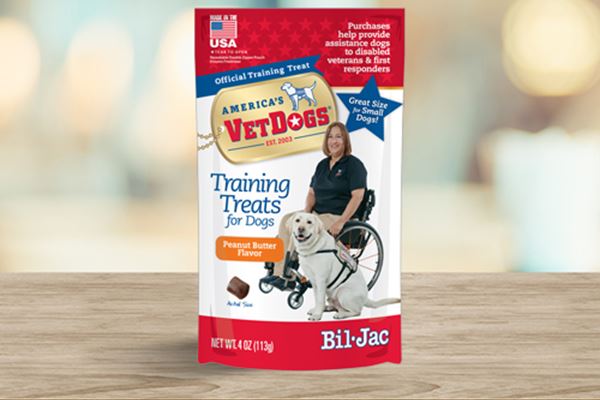