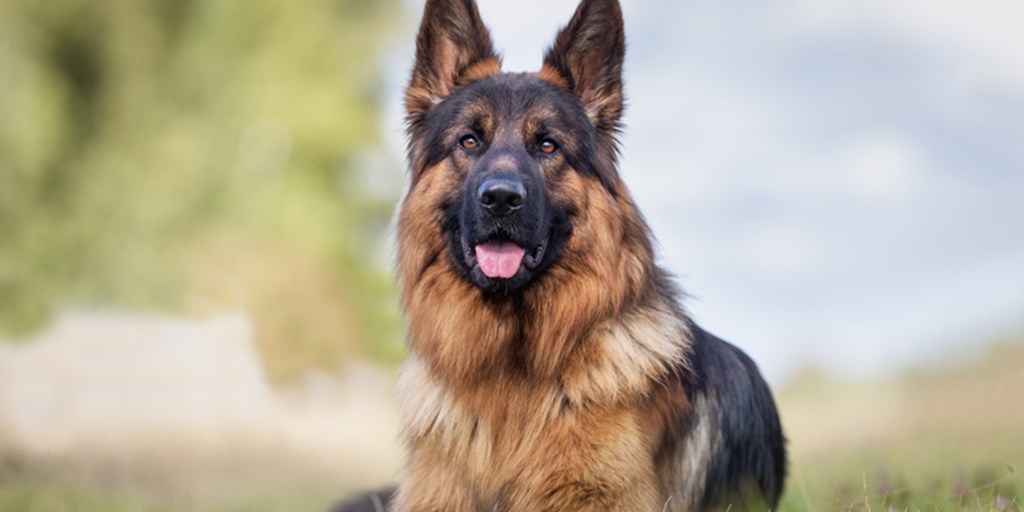 Our favorite furry friends are fascinating creatures. While you know everything about your dog – his favorite toys, what he loves to eat, etc. – there is always so much more to learn about dogs. Here are 10 fun facts that you may not know about our canine companions.

The oldest domesticated dog breed dates back to 329 B.C.

Dogs have been loyal companions for thousands of years. According to the Guinness Book of World Records, Salukis are the oldest known breed of domesticated dog. Guinness estimates that the Saluki breed was first recognized in Egypt around 329 B.C. and were kept as royal pets.

Of course, dogs played an important role for humanity long before Salukis were recognized as a specific breed. Caves drawings and carvings for dogs resembling Salukis, Basenjis, and other types of dogs have dated back to 7,000 B.C. and earlier.

Move over Cheetahs, there’s a new racer in town. Aside from short sprints, Greyhounds can beat Cheetahs in races! While Cheetahs can famously reach speeds of 70 mph, they can only maintain that speed for roughly 200 to 300 yards. Meanwhile, Greyhounds can maintain a sprint speed of 35 mph for as long as seven miles. That means the Cheetah may get a notable head start, a Greyhound would quickly overtake these fast felines in a race.

While Emil Jannings officially won Best Actor at the inaugural Academy Awards in 1929, author Susan Orlean makes a compelling case that a four-legged thespian was robbed. According to her research, internationally famous German Shepherd Rin Tin Tin actually received the most votes in the competition.

Unfortunately, the Academy seemed determined to give the award to a human and removed Rin Tin Tin from a vote that would have given him the same number of Best Actor wins as Leonardo DiCaprio, Humphrey Bogart, and many other notable names.

The tallest dog in the world is 7’4” when standing

Back in 2011, the Guinness Book of World Records declared a Great Dane named Zeus the tallest dog in the world. Zeus unseated the former champion by a single inch, measuring a whopping 44 inches tall on all four legs. The gentle giant also stood taller than NBA Hall of Famer Shaquille O’Neal on two legs and ate roughly 30 pounds of food every two weeks.

Yawning is contagious for dogs

It turns out that your best friend is more likely to yawn when you do. As with humans, dogs exhibit signs of contagious yawning as an act of empathy or social mimicry. In fact, the emotional bond between you and your dog can increase the odds of contagious yawning. A dog is four times as likely to yawn if someone they know does so as well, so take it as a compliment if your yawn inspires a similar reaction from your canine companion.

If you’ve ever taken a close look at your dog’s eye, you may have noticed an extra eyelid. This eyelid is called a nictitating membrane and closes across the eye instead of up and down like the other two eyelids. The nictitating membrane is more visible for some breeds than others. Some breeds such as Beagles, Bulldogs, and Pugs may even have visible third eyelids from birth.

Dachshunds were bred to hunt badgers

While Dachshunds may inspire thoughts of adorable dogs in hot dog costumes, these dogs started out as capable hunters. Dachshunds were originally bred as scent hounds and used to hunt tunneling animals like badgers, foxes, and rabbits. Packs of Dachshunds could even trail and help take down wild boar.

While Dachshunds aren’t quite as known for their hunting prowess these days, the breed’s name is a direct reminder of its past glory – Dachshund translates to badger hound in German.

It’s not surprise that dogs have a tremendously powerful nose – a dog’s sense of smell is up to 10,000,000 times more acute than ours. What you may not know is that your dog’s sniffer can pick up on how you feel.

This ability is made possible by the way human bodies react to certain feelings. When you’re scared or anxious, you can start to sweat. If you don’t feel well, certain chemicals can impact your breath. Different emotions can impact scents typically unnoticed by humans, but your dog can sniff these out right away and react accordingly.

A Bloodhound’s sense of smell can be used in court

Speaking of amazing sniffers, Bloodhounds are able to use their nose to provide evidence in court cases. A Bloodhound’s sense of smell is so strong that one can stick with a trail for more than 130 miles. These dogs can even find and follow tracks that are more than a week old. As such, trailing results found by Bloodhounds is admissible evidence in a court of law.

Dogs defecate in alignment with the Earth’s magnetic field

Have you ever wondered why your dog is so particular about where he goes to the bathroom? Research suggest that his search for the perfect spot has a lot to do with the Earth’s magnetic field.

While we don’t necessarily notice it, our furry friends are sensitive to small variations in Earth’s magnetic field. This sensitivity cause dogs to relieve themselves along north-south axis when allowed to roam freely. Why do they do this? Scientists are still unsure, but it certainly seems to be a more comfortable situation for our best friends.

Every day gives us another opportunity to get to know our dogs even better. Want to learn more? Join our Best Friends Club today to receive our exclusive email newsletter full of articles on training tips, healthy habits, and members-only discounts on Bil-Jac dog food, treats, and other products.