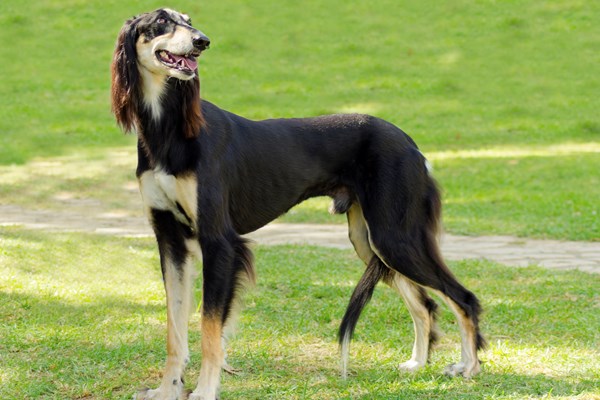 The Saluki is an active breed that requires plenty of daily exercise. These dogs need several long walks per day, as well as a yard or open space to run.

Gentle with children, but may be too shy and / or not playful enough.

This breed may be the oldest dog breed known to man. It was used in ancient Egypt more than five thousand years ago to hunt gazelle.

Although the Muslim religion considered dogs to be unclean, it made an exception for this noble dog. The breed was recognized by the AKC in 1928, but its popularity has declined.