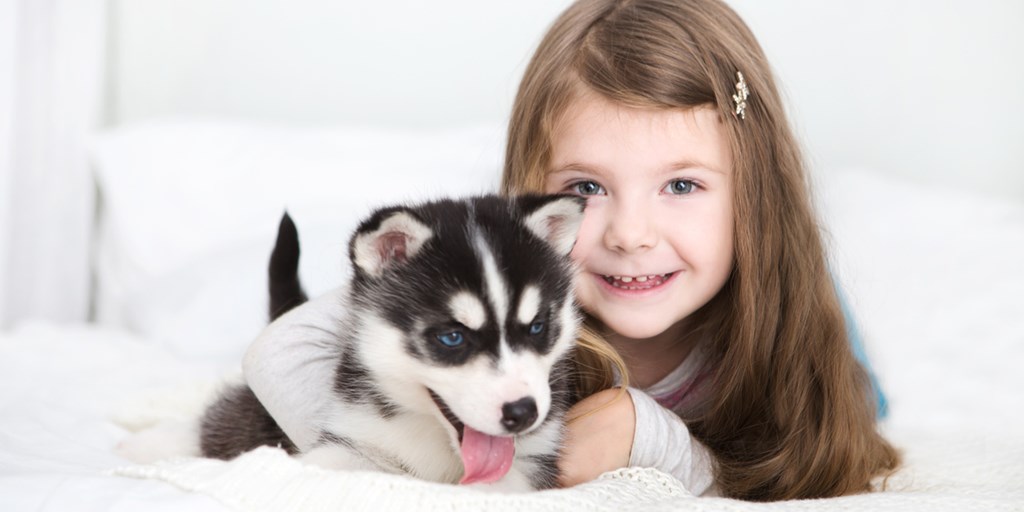 There are few things in this world as cute as a new puppy. However, those adorable furballs come with a lot of responsibility.

Choosing and raising a puppy is a major undertaking for any pet parent, so it’s good to be as prepared as possible to make sure your pint-sized companion is ready for a happy, healthy start in his new home. To help, Professional Animal Trainer and TV Show Host Joel Silverman offers some tips on what you can do before, during, and after you adopt your new little buddy to get him off to a great start.

Have What You Need Before You Bring Home Your Puppy

When you’re planning for a new puppy, it’s important to get a few items before your new furry family member arrives. Once you bring your new canine companion home, you won’t have much time to leave him be and head to the pet store, so it’s best to be proactive and get a few key items ahead of time. Some of the general supplies you’ll want to have on hand include:

In addition to the above items, you’ll also want to get some food that’s made specifically for puppies. Dogs have different nutritional needs at various points in their life. Your little buddy needs plenty of high-quality protein to meet their young nutritional needs, so a puppy food will help start your pup off on the right paw. You’ll also want to factor in your puppy’s breed – a little Pomeranian has different nutritional needs than a young Great Dane. As such, it’s good to look for small breed or large breed puppy food formulas if you know the size of puppy ahead of time.

Find a Puppy with the Right Personality for Your Family

In addition to gathering supplies before you adopt, you should also determine which type of dog is right for you and your family. This step goes beyond just picking out a certain breed or breed mix, although that is an important factor. Instead, it’s good to identify the right personality for your household.

“Whether you go to a breeder or an animal shelter, there are a lot of puppies out there,” Silverman says. “It’s important to make sure that you’re getting the right dog for you and your family so you that he fits in and you don’t have to return the dog.”

To start, you’ll want to think about what type of personality will fit in best with your family. Silverman breaks down the different types of personalities into different colors.

Certain breeds tend to feature different personality traits, while some dogs may develop these on their own. For example, a dog with a high prey drive like a Jack Russell Terrier is likely going to react more strongly to a passing rabbit than a Pekinese. If you’re going to a breeder, you’ll also want to see if the puppies were bred to be pets or for hunting. If it’s the latter, they’ll be more reactive and have a higher prey drive. That trait may not be an issue for some people, but it’s not ideal for others.

“If you’re a person who wants a dog that’s not going to take a lot of work and time to train, you probably don’t want to deal with an orange or red dog,” Silverman says.

It’s good to do some research on specific breeds if you have a few in mind. However, it’s always important to look for certain signs when you go visit puppies to try and spot certain signs that match your preferred personality.

“Check how the puppies interact with their surroundings, other dogs, and people,” Silverman suggests. “When they see you come in, what do they do? If they run up and play, that’s likely a super playful dog. If you want a dog that’s more laid back, look for the puppy who’s not as energetic. It won’t always be an exact predictor of personality all the time, but it’s a good sign.”

After you’ve done your research and prepared for your puppy, it’s time to finally bring your newest family member home. Of course, this doesn’t mean your work is over. There are a few key steps that you’ll want to follow to make sure your puppy gets a great first start in his new home.

Once you get home, it can be tempting to take your new buddy inside and play with him right away. According to Silverman, that’s not a great idea.

To prevent unwanted accidents and acclimate your pup to his new home, Silverman suggests that people take their dog into the backyard as soon as they get home. Let your puppy spend 15 to 20 minutes exploring his surroundings and go to the bathroom. Once he’s used the facilities, you can take him inside.

Keep your puppy on a leash at first

Even when he’s inside, you’ll want to keep your puppy on a leash so that he’s not loose. This leash will allow you to keep him within your sight and prevent him from exploring places where he’s not allowed.

“The last thing you want to do is chase the puppy all over the house and say “no” over and over again,” Silverman says. “You want to limit the number of times you say no to the puppy. By putting him on a leash, you have control over where he goes and what he does.”

After around 15 to 30 minutes inside the house, you’ll want to take your puppy straight back outside and have him go to the bathroom. It’s good to repeat this process regularly throughout the first day. Over time, this will help your newest family member learn that he needs to be outside to go to the bathroom so that you can limit indoor accidents. Even after your pup has experienced several trips outside, it’s good to keep him on the leash for the first few days until you’re sure he’s used to the routine.

After your puppy has started to acclimate after a few days, you can start to let the leash drag behind him. Silverman suggest using a cat leash for this stage because they’re light enough that your puppy won’t notice it. Even though you’re not holding onto the leash, don’t let the puppy out of your site – you don’t want the leash to get tangled on anything as he wanders around.

While your pup is on the leash, it’s important to use this time to teach your new friend what’s off limits. It’s common for new puppies to wander into places that are off limits. For example, it’s very easy for a tiny puppy to wriggle his way under furniture and disappear. With the leash, you’ll always know.

Your pup may also try to engage in some bad behaviors. The leash will allow you to keep your pup near you and stop bad behaviors before they become a naughty habit. The leash is a great preventative tool to keep your pup from acting out on impulses or give into boredom. However, it’s important to be consistent with your corrections if he does do something bad. When this happens, tell your pup “no” and redirect him to something else. For example, give a puppy who gets nippy or chews on something a toy so he learns to focus his energy on those items instead of other objects or people.

Of course, preventative training takes time. While puppies may not have the history of learned behaviors like an adult dog, it can be easy to forget things and get confused. Don’t worry if this happens – you can always go back to having your pup on a leash for a bit.

In addition to setting up bathroom boundaries, Silverman also recommends trying to crate train your puppy, which is something that naturally comes to many canines.

“Dogs are what’s known as den animals, and they like being in enclosed places naturally,” Silverman explains. “Dogs are okay in crates because they’re okay with enclosed spaces, which allows us to condition them to sleep in crates or spend time in them while we’re away.”

Once everything is ready, have your puppy stay in the crate for half an hour. After enough time, take him out and carry him outside. Make sure he goes to the bathroom so that you condition your pup to go straight outside after spending time in the crate. Over time, you’ll want to get your puppy used to spending longer periods of time in the crate.

Prepare Your Puppy for a Lifetime with a Loving Family

Welcoming a new puppy into your home takes some work, but it’s well worth the effort. Want to learn more about what you can do to keep your pup happy and healthy? Join our Puppy Club today to receive our exclusive email newsletter full of helpful articles, tips, and members-only discounts on Bil-Jac dog food, treats, and other products.