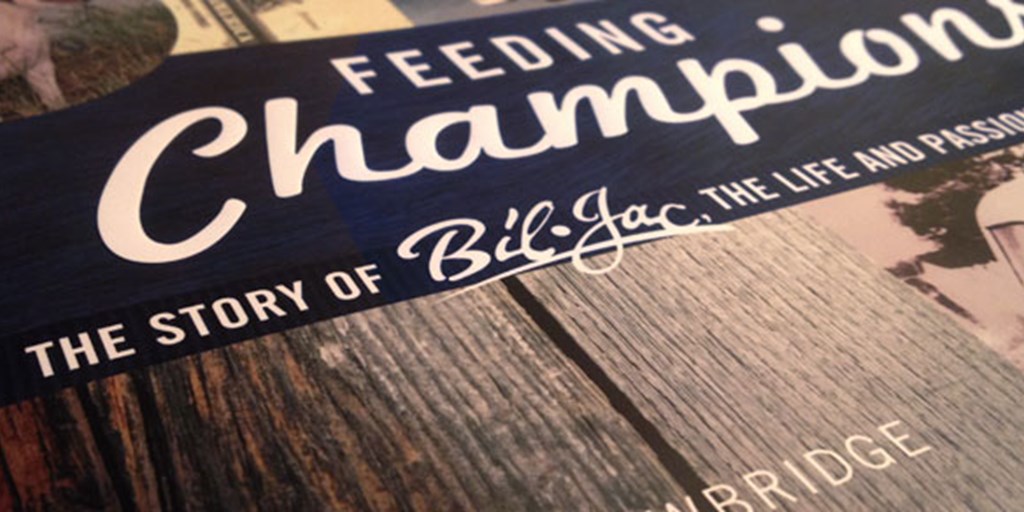 Bil-Jac has a rich history dedicated to supplying our Best Friends with the best nutrition possible. This history is detailed in a book Feeding Champions, written by Holly Strawbridge. In a series of articles taken from this book, we’d like to help you understand why Bil-Jac is Bil-Jac. This is the second in our series.

Bill Kelly, founder of Bil-Jac, developed his passion for canine nutrition during his time in the military along with his previous knowledge in animal nutrition. He helped malnourished German Shepards, who were being trained to sniff out bombs, by providing food and improving the overall conditions of the kennel.

Shortly after World War II ended, Bill and his brother, Jack, moved back to their hometown in Medina, Ohio, and decided to pursue their passion for canine nutrition. With knowledge gleaned from Bill’s war experiences along with skinny resources, Bill and Jack were able to turn their passion into a reality.

In 1946, there were about forty-two companies in the state of Ohio making dog food, primarily from grains. Some dog parents fed them the available dog food but many others simply fed their dogs table scraps or unwanted trimmings from meats. The brothers realized there was a lot that could be done in the area of pet nutrition and thought a great improvement could be made in what was being offered. Bill and Jack felt the existing dog food was not high quality and were determined to offer an alternative. They worked hard to develop a superior dog food with high-quality protein from fresh meat and other fresh ingredients. Because amino acids are essential in a dog’s diet, their challenge was to find the foods that would provide the right balance of amino acids.

They began with recipes containing 50 percent meat in the form of beef, liver and selected beef by-products, and chicken. The next ingredient was wheat that had been cooked completely to convert the complex carbohydrates to simple starches. They also added fiber in the form of beet pulp ground to the ideal texture to aid in digestion. Vitamins and minerals, such as calcium and phosphorus were added for bone health and production of essential nutrients. Finally, cane molasses was added to provide a source of B vitamins and iron. The one ingredient never added to the formula was fat. The fresh, real meat contained the right amount of natural fat to maintain dogs’ health and to improve the eyes, skin and coat. Bill described the fat distribution as “evenly distributed throughout the food to make it extremely tasty.”

Bill and Jack worked for months to keep improving the formula.They wanted to find a way to make a fresh food that was neither too wet nor too dry, was easy to serve, looked appealing and could be reliably reproduced. Bill invested in a custom grinder to extrude the meaty mass with minimal pressure. The custom grinder worked well and produced a product that resembled large pieces of hamburger. To preserve the freshness and nutrients, Bill froze the dog food. When the food needed to be served, it would just need to be thawed.

By early 1947, Bil-Jac was founded. Coming up with the name was easy: They simply took the brothers first names and dropped the last letter of each and combined them. The first batch of Bil-Jac was finally ready for sale. It weighed about three hundred pounds and on the first day, Bill sold six two-pound bags for 25 cents apiece to his neighbors.

With the food’s unique formulation and manufacturing process, Bil-Jac was patent-eligible, so within four years of making the first batch, Bil-Jac was granted the first U.S. patent ever awarded a dog food. Bil-Jac was on it’s way!