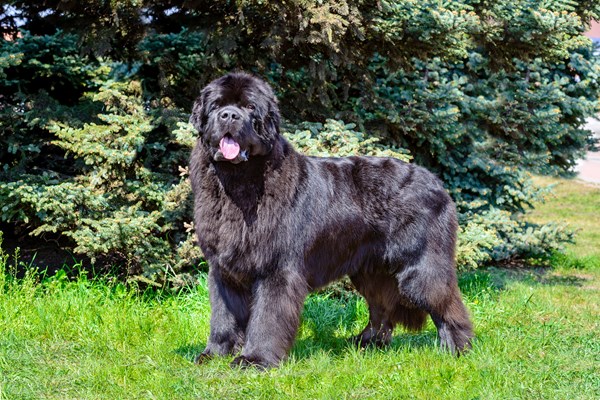 The Newfoundland will be lazy if left to its own devices. Moderate exercise, such as walk and play, are required to help this breed stay fit and trim. This dog generally likes to swim.

Regular brushing is required to keep your Newfoundland's shedding under control. Occasional dry shampooing is recommended.

The exact origins of the Newfoundland are unknown, but it is suspected that it could descend from a cross of native Canadian Hounds, the now-extinct Greater St. John's Dog, the Labrador Retriever and / or the Tibetan Mastiff. The resulting breed was favored by fisherman in Newfoundland because it was adept at swimming and retrieving. These dogs would help fishermen retrieve nets and other items from the water. Today, the Newfoundland is a popular companion and is used in some countries as an official water rescue dog.

One flaw in the Newfoundland's behavior is its overwhelming need to rescue people from the water -- whether they want rescued or not. Be patient with dogs that have this tendency, they are only acting out their basic protective and retrieving instincts.