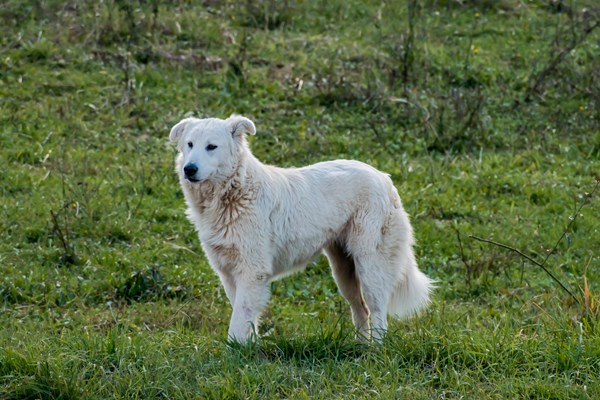 Serious, brave and friendly. This breed is affectionate to its family without being dependent. Highly intelligent, the Maremma can be trained but will only accomplish tasks that it believes are necessary or interesting. If the dog sees no point in the thing you are trying to teach him, he will not bother learning it. This breed is much more responsive to training when it believes it is on the same level as its owner. Does not respond well to firm training that tries to establish authority over it. Because the Maremma has been bred over the ages to be protective of its flock, it has also learned to consider its family part of the flock, and is especially watchful of the children in its family.

This breed is particularly attentive to children, as it sees its role as protecting them. While the Maremma is watchful over kids, that doesn't necessarily mean it will be playful with them.

The Maremma is a descendant of several Eastern Sheepdogs that spread through Europe in the 1000s - 1100s, including the Kuvac, Kuvasz, Great Pyrenees and Komondor. Originally used as a flock guarding dog, today's Maremma is a companion and guard dog for people and property.