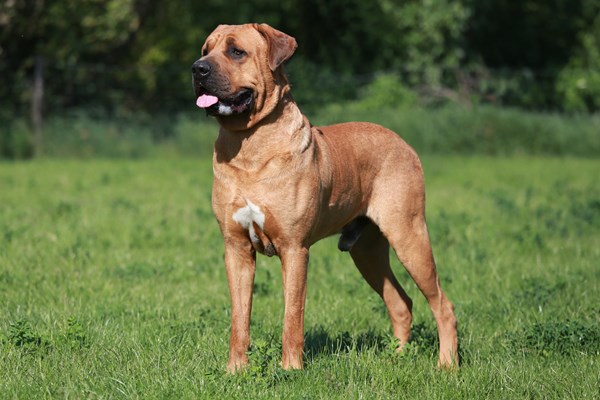 The Japanese Fighting Dog should have a large fenced-in area for romp and play. This dog generally looks after its own exercise needs if given enough room, but will appreciate occasional jogging. However, do not jog with a puppy under the age of one-year. As with most giant breeds, over-exercising puppies can interfere with proper growth and development of bones and joints.

The Japanese Fighting Dog is loyal, protective, calm and patient. The breed is good with other dogs and pets only if raised with them from a young age. It is not advisable to keep other dogs of the same size and temperament, because the Japanese Fighting Dog will fight -- and usually win. Due to its background as a fighting dog, this breed is fearless, bold, and often intimidating. However, the breed is highly intelligent and trains easily. It is devoted to its family, but is usually wary of strangers until properly introduced. Owners must make it clear that visitors are welcome so the dog does not go into protection mode. While Japanese-bred dogs are smaller in stature (66 - 88 lbs.), dogs bred in the U.S. and Europe are much larger (100 - 200 lbs.). Due to the breed's potential to get extremely large, unruly dogs cannot be tolerated. Experienced training and handling is absolutely required.

With proper training and socialization, the Japanese Fighting Dog may learn to tolerate kids. However, its size and natural temperament is not ideal for families with children.

The Japanese Fighting Dog was originally developed for competitive dog fighting in Japan. Dogs were expected to fight silently, without cowering. Over time this training has led to the serious, brave temperament of today's breed. It is believed that the Japanese Fighting Dog descends from a wide mix of the Shikoku, Mastiff, Bull Dog, Bull Terrier and Great Dane.