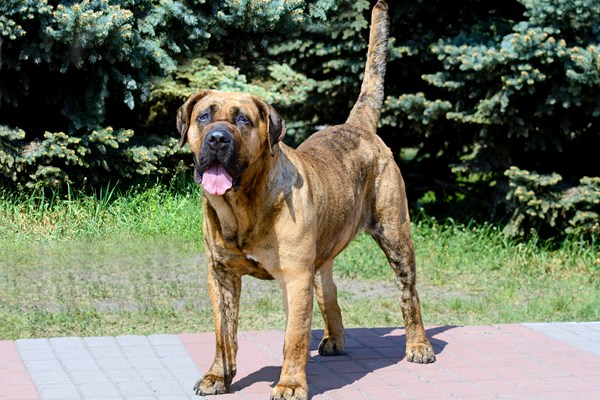 Also Known As: No Nicknames.

The Perro de Presa Canary is known for its calm temperament. It is an intelligent, gentle loving companion that's wary of strangers and protective of its family. In some rare cases, this breed is aggressive toward other animals and humans. In the last five years, two females have been mauled to death by this breed. It is a dominant breed that will need early socialization and obedience training. Not recommended for inexperienced dog owners.

Not good with children.

This breed is a Molosser type that was bred to be a good farm dog, cattle herder and watchdog. It is thought to be a descendant of the Perro de Bardino Majorero, Mastiff and old style Bulldog that originated in the 1700s. It is part of the AKC registered Foundation Stock Service.

Originally bred as fighting dogs, these dogs nearly became extinct in the 1940s. However, the breed was revived in the 1970s with the help of several outcrosses.