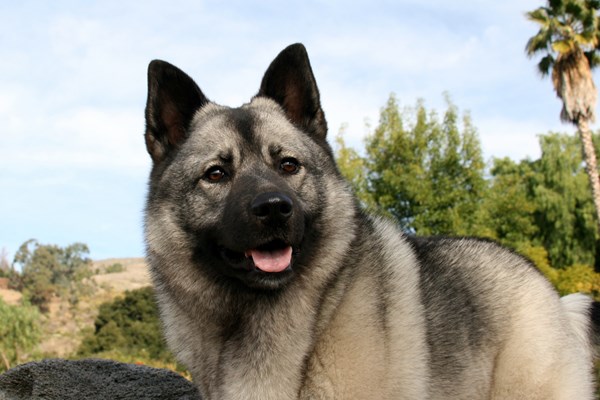 The Elkhound is an active breed that requires plenty of daily exercise in order to avoid behavioral problems. Long walks and outdoor romps in a secured yard are recommended.

The Elkhound is an athletic dog with a strong bark. This is a playful, independent breed that can be somewhat protective. Early socialization and obedience training is necessary. This is a dog known for its strong sense of adventure.

The Elkhound has existed for more than 5000 years. The current breed standard was developed in the 1800s. It is the most popular of the three Scandinavian Elkhounds. These Elkhounds have been used to hunt wolves, foxes and hares, as well as elk. It is sometimes used to herd farm animals such as chickens. The breed was recognized by the AKC in the 1930s.

This breed is the national dog of Norway. It is often mentioned in Norse folktales as a companion to the Vikings.